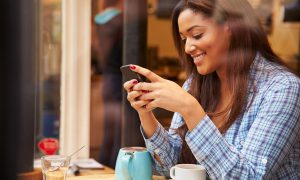 Over the next year, all Child of the New Century (CNC) study members will be turning 16, marking a big milestone in your lives.

What does turning 16 mean?

At 16, you’ll be well on your way to becoming an adult.

Among other important things, once you turn 16 you can choose whether to stay on at school or college, start an apprenticeship or training, or get a job. If you’re in work, you’ll be entitled to a minimum wage for your age, and you are old enough to join a trade union.

You’ll be able to apply for your own passport, you can join the army, and you can also get married or register a civil partnership (with your parent or guardian’s consent!).

At 16 you’re also able to buy lottery tickets or own a pet. And after your 16th birthday, you’re old enough for a range of transport – you can ride a moped, a tractor or even fly a glider!

The first mobile phone call in the UK was made in 1985, and in 1986 only the very rich could afford one. They were huge and needed a battery pack the size of 2 bricks! Study members weren’t even asked about mobile phones in 1986 – now over 90% of 16-year-olds own one. A lot can change in 30 years!

There was no internet for most of the 1980s – the World Wide Web did not arrive until 1989, invented by Briton Sir Tim Berners-Lee. Email existed, but it was only used by some universities and the US military. Social media was only a dream.

By following you throughout your lives, we can uncover how your teenage years matter to your adult lives. For example, we know that the 1970 study members who read in their spare time (not for school) at age 16 not only did better at maths and vocabulary tests than those who didn’t read at all, they still had better vocabulary at age 42!