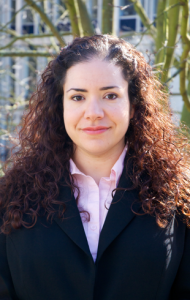 In a new series of posts, we’ll be introducing you to some of the people who work on Child of the New Century here at the Centre for Longitudinal Studies (CLS). First up is our Research Data Manager, Vilma Agalioti!
What do you do at CLS?

As the Research Data Manager for Child of the New Century, I look after a large majority of the information given to us by study members in their surveys. I’m also responsible for answering any questions that come in from researchers who are using the information study members have provided.

How long have you been at CLS?

I started working here around a year ago.

How did you come to work on the Child of the New Century?

I originally come from Greece, but I am studying Survey Methodology at the University of Essex, looking at how to design surveys to get the most accurate and useful information. I  also studied at the University of Manchester, where I learnt  how to look after very large studies. The Child of the New Century team needed a Research Data Manager around about the time I joined, and my studies meant that the job suited me well!

What are you currently working on?

What happens next once you’ve finished working on the information given by study members?

There is no ‘end’ with this information. There is always something better that can be done, to make the data easier for researchers to understand and use.

What is the top of your to do list?

My main focus is to make sure the information study members give us is in a usable state, so that researchers from universities, charities, and the government can use the information easily for research.

What is the most surprising thing you’ve learned since you started working on the study?

The richness of the Child of the New Century data. Compared to the cohort studies of previous generations, CNC collects more information from lots of different people. As well as talking to the study members, CNC has collected lots of information from parents, brothers and sisters, and even teachers. CNC is a great source of information about the young people born at the turn of the new century.

What is your favourite part of your job?

I really like that idea that even though I work mainly at a computer, on the other side of that computer are thousands of young people who have been given the opportunity to express themselves and represent their generation.

Taking part in the study is voluntary, but each person separately has chosen to contribute their uniqueness to the study, and share their life story with us. It’s a blessing to work on survey information, because I work on something that so many people have provided time and effort to create. Without everybody’s contribution, the amazing research that’s happening because of CNC would not be possible.

CNC, taking place all over the country and at different points in time, produces something remarkable and priceless. It makes you believe in the ‘kindness of strangers’.

What is your favourite question that has been asked on the Child of the New Century study? And how would you answer it?

It’s the question asking what study members would like to be when they grow up. If I had been asked that question at age 14, I would have said an astrophysicist!

Sometimes I call my mum and ask her, ‘how much were you looking forward to returning back to work after you had me?’ or ‘how often did I keep you awake when I was a baby?’, after seeing some of the questions asked to parents in Child of the New Century!

What is your favourite TV show?

Where is your favourite place to be?

Hiking somewhere on a remote hilltop.