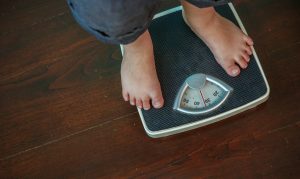 Young people who eat breakfast and have a regular bedtime routine are less likely to become overweight or obese, according to findings from Child of the New Century (CNC).

Maintaining a healthy weight is important, because it can help reduce the risk of developing emotional and behaviour problems. Young people who stay at a healthy weight are also more likely to be happy, have higher self-esteem and feel better about their bodies.

Young people who struggled with their weight throughout childhood were more likely than their peers to try alcohol and cigarettes by age 11.

The majority (84%) stayed a normal weight throughout childhood. Just under 1 in 6 had been at an unhealthy weight by age 11.

The study’s lead author, Dr Yvonne Kelly, explained that many of these early life risk factors were behaviours that could be changed.

Dr Kelly recommended that giving families and young people support early on could have important implications for their physical and mental health.