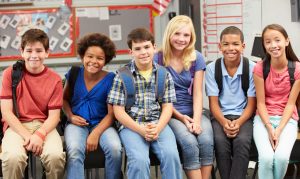 Child of the New Century (CNC)  is one of the most important sources of information helping the UK government understand  the social inequalities faced by young people today.

In his speech to the 1999 Labour Party conference, Tony Blair compared two new-born babies. They were delivered by the same doctors and midwives but with two ‘totally different lives ahead of them’. One returns to a disadvantaged home where life is a struggle and potential ‘hangs by a thread’. The other returns to an affluent home where ‘potential and individuality can sparkle’.

Blair’s government wanted to understand better both the reasons why there was such a gap in life chances and how they might unfold. To find out more they backed the Child of the New Century study, which was being commissioned by the Economic and Social Research Council.

With further support from government, we interviewed 19,000 families with a baby born in 2000-01 (that’s you). Since then we have checked in with you and your families six times. In 2017, results from the latest survey, collected when you were age 14, will be available for researchers to study. The next survey will begin in 2018, when you turn 17.

Overall, the evidence from the first 11 years of CNC has shown that there have been many positive changes. The quality of life for the most disadvantaged people in our society has improved since your parents and grandparents were growing up. But the gap between those from richer and poorer families has not gone away.

The Coalition government and now Prime Minister Theresa May have remained committed to building a ‘fair society’.

We don’t know whether the gaps within your generation will narrow or widen as you go through secondary school and beyond. Some social changes may help equality. For example, you will be the first generation that must stay in full-time education past age 16. Unfortunately, other changes may prove challenging, particularly cuts in local services that support young people.

At the Age 17 Survey, we hope to find out about the different paths your lives will take as you move into your late teens. As we have been following the stories of your lives since you were born, we will be able to see how your very early years shape the people you become.

While CNC has shown that inequality and poverty still exist in our society, the study has also shown that individual parents and children do rise above difficult beginnings. Many children of the new century will become rising stars – and many already have.