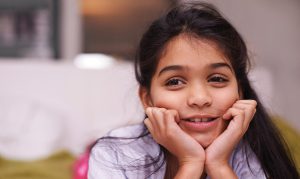 Should all children be allowed to delay their entry to school, or should that option only be available to those born in the summer?

This question kicked off a special debate at the House of Commons’ Education Select Committee on March 4, 2015. Expert witnesses Tammy Campbell, a researcher from the UCL Institute of Education, and Claire Crawford, of the Institute for Fiscal Studies, responded by presenting the findings of research using several British longitudinal studies, including Child of the New Century (CNC).

Children born in August are nearly a year younger than their September-born classmates – a marked difference for four and five year olds when starting school.

Research from CNC has also shown that autumn-born pupils tend to do better at school than children born in the summer. However, researchers believe this is simply because they are younger than their classmates.

“You will never be able to get around the fact that someone in the class has to be the youngest, but there are things we can do to reduce the disadvantage,” Claire Crawford said.

CNC research has contributed to a decision allowing parents of summer-born children the right to delay their child’s education for a year, with the reassurance that they will not then be forced to skip a year to catch up with their peers.

CNC research has also shown that the youngest children in a school year are far more likely to be placed in the lower ability groups than autumn-born pupils.

Tammy Campbell examined information on the schooling of more than 5,000 English seven-year-olds taking part in CNC. Her research found that, by age seven, September-born children were nearly three times as likely to be in the top stream as those born in August. If the children were not only streamed, but also grouped by ability within their class or year for specific subjects, then the age differences became even more marked.

Such practices could be compounding the problems faced by younger pupils, says Tammy.

“If teachers place younger pupils – early in their school career – in lower ability groupings, and older pupils in higher groupings, this hasty (and potentially premature) sorting may have a significant impact on subsequent differences in educational attainment,” she says.

The schools minister Nick Gibb said admissions rules would be changed so children born between 1 April and 31 August would be allowed to go into reception a year later if their parents felt they were not ready for school.

A consultation will now be launched, and changes to the admissions rules will have to be approved by parliament, but the Department for Education is keen to get them under way as soon as possible.

Starting school is a big step for both parents and their children. However, if summer-born children can be more flexible when they start school, this could help to ease them into full-time education.

What is a Select Committee?

About the Education Select Committee inquiry

The Committee is looking into the Department for Education’s (DfE) use of evidence in their policies on when children should start school, including those born in the summer or prematurely. Experts were invited to respond to a DfE memorandum on the subject through an online web forum. Find out more on the Parliament website.

Written evidence submitted to the Select Committee can be read on the web forum for summer born children.

You can read more in the What Have We Learned?: School

CNC in the Media

Guardian: Parents of summer-born children get right to delay start of school