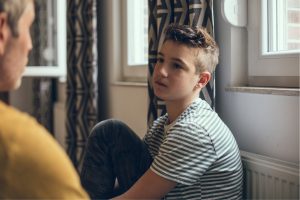 Substance use and antisocial behaviour are more likely to go hand-in-hand with poor mental health for teens of your generation compared to millennial adolescents growing up a decade earlier, finds a new UCL study.

When you were 14, we asked you about your mental health, substance use (alcohol, smoking, cannabis and other drugs) and antisocial behaviour (assault, graffiti, vandalism, shoplifting and rowdy behaviour). We also asked you whether you thought you were overweight, about the right weight, or underweight. We measured your height and weight, and used these measurements to work out your BMI (body mass index). Participants of the Children of the 90s study (born in 1991-92) had similar questions and measurements at the same age.

Even though Child of the New Century (CNC) study members were less likely to report alcohol consumption, smoking, and antisocial behaviour than millennials, the association between these behaviours and depressive symptoms was stronger for your generation.

Rates of depression among adolescents had almost doubled in the 10 years between the two generations – from 9% to 16%. However, CNC study members were less likely than millennials to report antisocial behaviour and substance use, behaviours which have been recognised as predicting poor adolescent mental health in previous studies.

Among both generations, rates of poor mental health were higher among those who reported underage drinking, smoking and antisocial behaviour. However, these risky behaviours and mental ill-health were more likely to occur together among teens of your generation than millennials. For example, those of you who had tried smoking were almost twice as likely to also have depressive symptoms compared to millennial youths.

The researchers also examined the link between excess weight and poor mental health. They found that rates of obesity among young people had almost doubled over a decade, from 4% to 8%. CNC teens were also more likely to perceive themselves as being overweight or obese compared to their older counterparts at the same age (33% versus 26%). Those of you who were overweight or obese and those who perceived themselves to have a high BMI were more likely to also report depressive symptoms at age 14 compared to similar millennial adolescents a decade earlier.

The researchers noted that while it is good news that rates of substance use and antisocial behaviour have decreased in your generation compared to previous ones, the closer link with depression is concerning and should be considered in public health planning and clinical care provision. Thanks to your contribution, researchers will be able to provide evidence to policymakers, so that future generations can be supported better.

The full scientific paper was published in the Journal of Adolescent Health in April 2021.