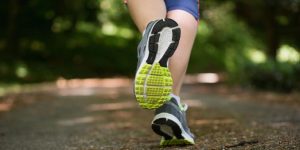 Childhood obesity is a major concern in our society. The Government has proposed an action plan to tackle this by introducing several changes including a soft drinks tax and making school food healthier.

When you were 7, 25% of you were overweight or obese, but by age 11, this had increased to around 35%. At age 14, levels of overweight and obesity remained similar with just over 6 in 10 young people having a healthy weight.

Rates of excess weight varied by country, with almost 40 per cent of young people in Northern Ireland overweight or obese, compared to 38 per cent in Wales, and 35 per cent in both Scotland and England.

While rates of excess weight remain high for your generation, it is positive that more of you had become a healthy weight by the time you were 14 than the other way around.

Dr Benedetta Pongiglione, co-author, said: “This report provides important evidence to underpin the commitment of governments across the UK to reducing levels of overweight and obesity in childhood. It will now be vitally important to monitor whether key policies, such as the levy on soft drinks and sugar reduction across food products, has a positive impact on the health of this generation.”