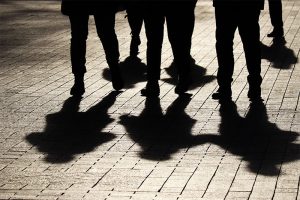 At age 17, 9% of boys taking part in Child of the New Century (CNC) said they had carried or used a weapon, with one in four of them reporting they were gang members, according to UCL research.

The new study shows that among members of your generation, those who had carried or used a weapon at age 17 were also more likely to have committed other offences, such as assault, breaking and entering, theft, and criminal damage. In addition, they were much more likely to have offended many times in the past year. The research also reveals the significant role that childhood circumstances and experiences play in shaping teenagers’ behaviours, and how they can influence the paths young people take as they approach adulthood.

The researchers also used information you and your parents have provided throughout your lives, and found that those of you who had used substances at age 14 (drinking alcohol, smoking cigarettes or taking drugs) and those who had friends who had used multiple substances in early adolescence, were at greater risk of carrying or using a weapon at age 17. Those who were excluded from school between ages 11 and 14 were also more likely to carry or use weapons at age 17.

Members of your generation who were brought up in less well-off families, those who experienced domestic abuse between parents, and those with mental health problems, such as behavioural issues and hyperactivity between ages 3 and 11, and self-harm at age 14, were more likely to have carried or used a weapon at age 17.

Although young people today are no more likely to carry weapons than previous generations, there has been an increase in knife use and possession in the past five years. Thanks to CNC data, policymakers and practitioners know that in order to address this rise in weapon-related incidents, they should target the following areas: low family income, domestic abuse between parents, child conduct problems, adolescent mental health, substance use, peer substance use, and school exclusion.

This research was published as a briefing paper by the Centre for Longitudinal Studies at UCL in June 2021.

These findings were featured in the Daily Telegraph (£), LBC News Radio and Times News Radio.