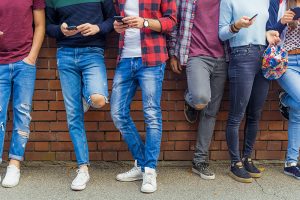 Over 10,000 of you took part in our big survey, at age 17. Your contribution to this important study is invaluable.

The information you shared with us is being used by researchers working in many different fields and will help policymakers work out how best to support your generation and future generations.

Our own research team at the Centre for Longitudinal Studies, at University College London, have done some initial analysis of the survey data. Their findings on mental health, obesity and risky activities, like drinking and drug taking, have all been covered in the national media in recent months.

We asked you about different types of risky activities in the Age 17 Survey, including substance use and antisocial behaviour, such as assault and shoplifting.

Almost a third of you said you had tried cannabis and one in 10 had tried harder drugs by age 17. More than half of you had engaged in binge drinking at some point – drinking five or more drinks at a time – and almost one in 10 said you had done this on 10 or more occasions in the past year. Nearly half of you had tried a cigarette, and over one in 10 were regular smokers at age 17. All of these rates were substantially higher than when we surveyed you at age 14.

Levels of antisocial behaviour, on the other hand, seemed to stay stable or decline compared to when you were 14: rates of assault (pushing, shoving, hitting, slapping or punching someone) had decreased from 32% at age 14 to 25% at age 17. Levels of vandalism, graffitiing and use of a weapon were similar at both ages. However, reports of shoplifting had increased between ages 14 and 17, from 4% to 7%.

Comparing risky activities among your generation at age 17 to those in an English cohort born 12 years before you, when they were about the same age, the researchers found that rates of alcohol consumption were very similar. However, your generation were less likely to have tried cannabis by age 17 than the older cohort.

Professor Emla Fitzsimons, one of the research team, said: “To some extent, experimental and risk-taking behaviours are an expected part of growing up and, for many, will subside in early adulthood. Nevertheless, behaviours in adolescence can be a cause for concern as they can have adverse long-term consequences for individuals’ health and wellbeing, and their social and economic outcomes.”

These findings were covered by the national media, including by the BBC, Daily Mail, Independent and Times Radio.

Child of the New Century has been an important source of evidence on obesity, with earlier findings from the study informing the government’s Childhood Obesity Strategy in 2016.

In the Age 17 Survey, we measured your height and weight again, as we had done in previous surveys, and used these measurements to work out your BMI (body mass index).  Our researchers were then able to identify any changes in the prevalence of overweight and obesity between ages 14 and 17 and to look for the factors linked to being an unhealthy weight. They found that about the same proportion of study members (around one in five) were obese at age 17 as at 14. Levels of overweight had also remained broadly stable between ages 14 and 17, at about one in seven at both ages.

The researchers found that obesity was strongly linked to household income, with poorer teens at substantially greater risk of obesity. This gap had become more pronounced as you had moved through childhood.

Dr David Bann, one of the researchers who conducted this analysis, emphasised the importance of these findings for public policy: “Obesity rates in the UK have been a concern for decades and these high levels among 17-year-olds, affecting the disadvantaged most, suggest that previous policy initiatives haven’t worked. Without ambitious policy action, we expect this concerning trend to continue in future and have long-term health consequences.”

Media coverage of these findings include articles in Daily Telegraph (£), The Sun and Metro.

The information you and your parents shared with us in previous surveys has generated invaluable evidence on mental ill-health, enabling us to draw policymakers’ attention to its prevalence among your generation and make the case for better mental health services.

In the Age 17 Survey, we asked you again about your mental health. Just over one in five girls and one in 10 boys of your generation had poor mental health, including symptoms of depression and anxiety.

The researchers also explored rates of self-harm among your generation and found these had increased between ages 14 and 17, with the rise being more marked among males. Rates of self-harm with suicidal intent were also concerning.

Dr Praveetha Patalay, one of the research team, said: “These findings underline the urgent mental health support needed by this generation. Supporting young people who are suffering from mental ill-health should be made a priority, and more needs to be done to prevent such high levels of difficulties emerging for future generations.”

Responding to the analysis, Anna Feuchtwang, Chief Executive of the National Children’s Bureau, said: “These findings remind us that we should all be vigilant for young people in mental distress, listen to their concerns and signpost them to the sources of specialist support available. These conversations can help young people to cope and find a way through.”

“Policymakers too must play their part. We are calling on them to provide an additional package of support for young people making the already difficult transition to adulthood in these unsettling times. The government must take action to ensure every young person is able to keep the level of support they need when they turn 18, as they move from CAMHS to adult mental health services.”

In May 2020, during the first coronavirus national lockdown, we invited you to take part in our special COVID-19 survey. This survey included the same series of questions on your experience of psychological distress that we had asked you at age 17. Just over 2,000 of those of you who had taken part in the Age 17 Survey also completed the COVID-19 survey. Our researchers found that overall rates of poor mental health had increased slightly since the Age 17 Survey and were much higher among females than males. However, it’s not possible to say at this stage if this increase in mental ill-health between ages 17 and 19 is attributable to the pandemic as it could reflect change that may naturally occur at this stage of life.

These findings were covered in the national media, including on Sky News and The Guardian.

The information your generation has provided is invaluable to policymakers in government, professionals working in mental health and public health, and all those with a role in supporting young people. The research you make possible will help society work out how to help young people navigate the difficult years of adolescence.

Follow the links below to read the research in full:

If you are struggling with your mental health, support is available from Young Minds, Samaritans or the NHS.