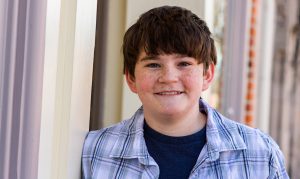 Do children born in the UK at the beginning of the new millennium have some reasons to be cheerful? Yes, it appears that they do.

Some international studies have suggested that the nation’s children have a lower quality of life than their peers in other developed countries. However, most 11-year-olds seem very happy with their lives. And they are even happier with their families, even though many families have been through hard times.

Around half (52%) of all children rate themselves ‘completely happy’ while three quarters (75%) are completely happy with their families, according to researchers at the Centre for Longitudinal Studies, which manages the Child of the New Century study. Few children say that they are ‘very unhappy’ with either their families or their own life.

More than 80 per cent of the ‘children of the new century’ also enjoy going to school, it seems.
The 13,000 children who took part in the Age 11 Survey of Child of the New Century were about to enter secondary education. Just over half (52%) said that they were completely happy at school. Only one in ten children reported that they did not like school.

Friendships: Most Children of the New Century had a good mix of friends. Over half of them had both boys and girls as friends and over 70 per cent had friends from different ethnic groups.

Independent journeys: Very few children had used public transport on their own (4%) while almost half (48%) had never even travelled on public transport with an adult. “Our survey underlines the ever-greater reliance on the family car,” the researchers say. Boys were more likely than girls to travel on their own on a bike or on foot.

Feeling safe: The vast majority of children (89%) felt ‘safe’ or ‘very safe’ in their home neighbourhood. Just 9 per cent said it was ‘not very safe’ and 1 per cent thought it was ‘not at all safe’.

Computers: Almost all Children of the New Century (95%) had access to a home computer linked to the internet (up from 81% at age 7 – the last time they were interviewed). Seventeen per cent of children said they spent three or more hours watching TV or a video on a computer on a weekday, while 3 per cent spent seven or more hours. About 4 in 10 (46% of girls and 39% of boys) had their own computer.

Most parents had rules about the time their child could spend on the computer and what they could watch on it.

Social media: More than one in four girls and almost one in five boys exchanged messages with friends via the internet on most days. However, nearly half of boys and a third of girls never messaged friends.