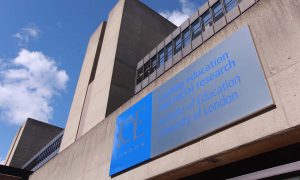 We are pleased to announce that Dr Morag Henderson has been appointed Acting Director of Child of the New Century. She is being supported by Professor Heather Joshi, founding Director of the study.

Dr Henderson and Professor Joshi will lead the study from January to September 2016, when the study’s regular director, Professor Emla Fitzsimons, returns from maternity leave.

Before joining the CNC team, Dr Henderson was working on Next Steps, a similar study of people born in 1989-90. Dr Henderson’s research focuses on factors that can affect young people’s performance at school, including families, parenting, and difficult experiences such as bullying. She holds a PhD in sociology from the University of Oxford, where she studied the relationship between family size and children’s educational attainment.

If you have any questions about Child of the New Century, please contact us.